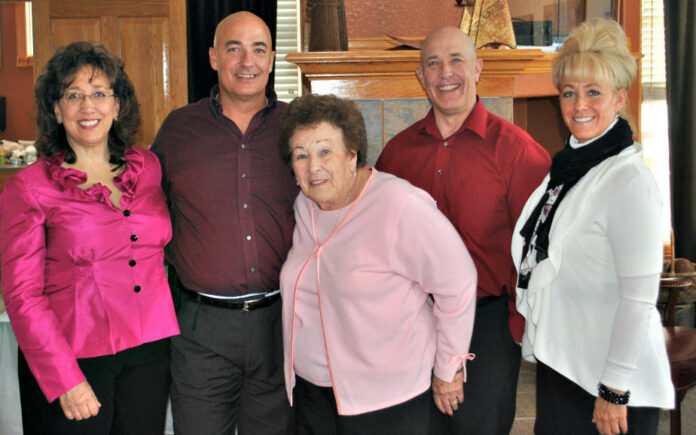 When she went to the historic canonization of two popes in Rome on Divine Mercy Sunday in April, Dana Sewald Foss had no idea how quickly and concretely God was going to manifest his mercy in her life.

Upon returning home to Summerfield, N.C., an “answer to prayer” appeared in a news story. Sewald, a registered nurse whose career focused on helping mothers with natural childbirth and breastfeeding had never dealt with end-of-life care, but she knew she and her three siblings—two in Colorado and one in Arizona—would soon be navigating their own mother’s last days as she had recently been diagnosed with terminal bladder cancer. The story was about a new apostolate in the Denver Archdiocese, the Catholic hospice Divine Mercy Supportive Care. Foss’s mother, Rita Sewald, 81, lived near Denver.

“My mom became the first patient with Divine Mercy hospice,” she said, adding that her family’s experience was that, “it’s not just a name, they are the actual reality of God’s divine mercy.”

The nonprofit offers in-home hospice care from morally focused staffers carried out in accord with Catholic standards of care as determined by the U.S. Conference of Catholic Bishops. The chaplains providing spiritual and sacramental care are priests and deacons. The medical director and spiritual advisor is Deacon-Dr. Alan Rastrelli, a founding member of the palliative care team of Kaiser Permanente at Exempla St. Joseph Hospital in Denver who has been named a 5280 Top Doctor five times.

Development director Mark Skender said that at Divine Mercy faith isn’t an afterthought in the care given, it’s primary.

“This is the only Catholic hospice,” Skender said. “The point of our hospice is to provide comfort care and death with dignity. It’s a total care plan that includes spiritual preparation for everlasting life.”

And it’s available to all, Skender said, not just Catholics.

The hospice is more than an apostolate, he said.

“This is a movement and a war,” Skender asserted. “The movement is to allow people to have the opportunity to be able to die with dignity, no matter what their faith. The war is against organizations like Compassion and Choices, formerly known as The Hemlock Society, who advocate ‘aid in dying,’ hastening death. … All of us will be impacted by this.”

Physician assisted suicide to relieve pain and suffering is against Church teaching. It is legal in five U.S. states: Oregon, Washington, Montana, Vermont and New Mexico.

“I strongly endorse Divine Mercy Supportive Care because its ministry and staff are rooted in the Catholic faith,” he said in a statement. “They bring true Christian compassion to those who are suffering and make faith an integral part of dying. I am very appreciative of Divine Mercy’s efforts to build a culture of life by educating the public on ethical end-of-life care and by working to spread their ministry nationwide.”

The hospice lived up to its mission, Foss and her sister Lora Sewald said.

“It’s a recognition of the person as a child of God and that death isn’t just an ending but the beginning of our pilgrimage to heaven, of preparing for eternal life,” Foss said. “At the moment of death … Lora and I were at her side as Mom opened her eyes for the first time in about 24 hours and for the last time and took her last deep breath in and out and died so very peacefully.”

In a note to the hospice, Sewald wrote, “Thank you … for your countless hours and contributions in making Mom’s final journey so beautiful, offering a level of dignity like no other.”

The team provided medical, sacramental and prayerful support not only through Rita’s last days but afterward as well, attending the funeral liturgies and offering bereavement counseling.

When Rita died, her children asked that memorial donations be sent to Divine Mercy.

Thanks to donors and a matching grant from The Catholic Foundation, Divine Mercy has been able to care for a half-dozen patients. But because the organization is dependent on volunteers, it fears having to turn someone away if no staff is available.

“We need to hire a clinical staff,” Skender said of the organization’s goal to raise $250,000 for remaining start-up costs.

The hospice, he said, exists to affirm and protect the end of the sanctity of life spectrum—natural death.

“Their ministry has a ripple effect,” Foss said. “It’s not just for the patient but for the whole family. There can be healing and reconciliation. … They are the hands and heart and love of God’s divine mercy.”

For more information or to donate