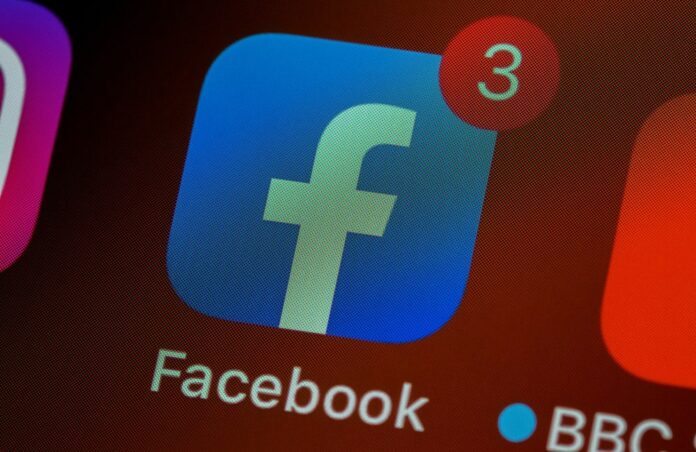 As you may recall, I’m a member — oops, check that, WAS a member — of your Facebook group “2B – 3A Curls.” It’s the group where we talked about styling tips for wavy hair. I’ve enjoyed the advice about gels, mousses and diffusers, and even weighed in a few times on the great plopping vs. scrunching debate.

But it all came screeching to a halt today.

You posted a congratulatory message to Joe Biden. That got some pushback, given that it’s a page about hair, not national politics. I posted a comment, simply asking if we could keep politics off the page. Oddly, my comment disappeared. So, I posted it again, while also asking what would happen if somebody posted to congratulate Donald Trump on his four years as President.

That’s when another member piped in. She told me that nobody in the group would ever do that because Donald Trump is “evil personified.” We went back and forth a few times. I remained calm, didn’t defend President Trump, but explored the one-sidedness of the group’s apparent policy. (A group that, let me remind you again, is dedicated to discussing hair.)

Next thing I knew, I was removed. And blocked. All for asking why you allowed one political point of view to be expressed, but not another.

Look, I don’t mind getting the boot. I’ve got the curly hair thing down by now. But you dumped me before I got a chance to say a few things that I’d like to say now.

It’s not about Trump. It’s about civil discourse.

I want to start by saying that I feel really, truly bad for you and for other young women like you. I feel bad that, in whatever education you received, you were led to believe that name calling, baseless accusations, appeals to emotion and ultimately “canceling” opposing viewpoints are the equivalent of making an intelligent argument for your position. This will not help you grow, or learn, or function in a world of diverse opinions. It will only work if you exist in an echo chamber with your ears covered, trying to drown out any uncomfortable or threatening ideas.

I get that it’s harder out here. In college, everybody agreed. You were right and everybody else was a fascist. At least, everybody except those who disagreed but didn’t want to say so out loud, because they didn’t relish being regarded as fascists by people who wouldn’t recognize a real fascist if he overthrew their island nation. Name calling kept people in line back then. But here in the real world, there are a lot of people with a lot of diverse opinions. And trying to cancel them all gets really, really exhausting.

This is what happens when you can’t intelligently defend your viewpoint. You wind up fearing other viewpoints. So, you need to neutralize them somehow. If not through persuasion, then through intimidation or force. Don’t let them talk. Shame them, call them names, admonish them for hurting your infallible feelings.

In other words, you limit their right to express their opinion — their freedom of speech.

Do you know what it looks like when that starts happening on a national level? Information has to be controlled. The media has to support the Party Line, and anyone who challenges the prevailing narrative must be silenced.

But ideas are stubborn things. And the people holding those ideas even more so. So you need to scare them, to keep them in line. And if that doesn’t work, you need to make good on your threats. You need to isolate them from the others, so their ideas can’t spread.

It’s a lot easier to silence someone, to negate their rights to speech and free assembly and to free association, if they are “evil personified.” Every tyrannical society vilifies those they consider a threat to the Official Party Line. Jews? Christians? Gays? Millionaires? Just decree that they are “evil personified.” Say it loud enough and often enough, and you’ll have a society that thinks nothing of shutting them up, throwing them off buildings or shipping them off for extermination.

Right now, you’re one of the popular kids. Your ideas are in vogue. But that’s not going to last forever. This is what makes me saddest about girls like you. Eventually they’re coming for you as well. They always do. But by then, it will be too late.

But let’s get back to the here and now. It’s your page and you’ve got every right to control the membership, and the content. Hey, I’ve dropped a few people from my Facebook page too. But it was generally because either they were rude to my friends with dissenting viewpoints, or they tried to turn non-political posts into political arguments. Or both. I never object to respectful disagreement. And I’ve never allowed a certain type of speech — I.e. political speech — from one side but not the other.

But since the half of the country who voted for Donald Trump is, in your mind, “evil personified,” they are not welcome on your little curly hair page. So, apparently from here on out we’re going to have to have Republican Curly Hair pages and Democrat Curly Hair pages. Just like everything else that has been ruined by our toxic, divisive culture. I know y’all want to blame Donald Trump. I’m no big fan of his rhetoric sometimes. But this has been building since long before he arrived on the scene. Anybody, on either side, who is canceling disagreement instead of airing it out in a free exchange of ideas, is contributing to the problem.

Finally, Admin, I would strongly encourage you to find an objective study of America’s founding. And the history of tyranny, with perhaps an emphasis on the 20th century. And, for good measure, the free speech movement of the 1960’s.

Because what you don’t know can hurt you.