His Church. Our Experience.
Subscribe
HomeQ&AAn Olympian (and Catholic mom) on the transgender threat to women’s sports
Q&AThe Catholic Faith 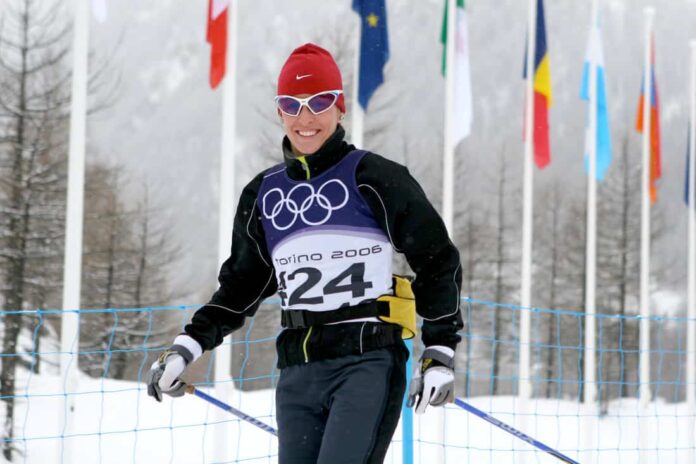 The recent Women’s World Cup soccer championship won by the United States National Team put the spotlight on women’s sports, and also issues surrounding women’s athletics like pay equality. But Rebecca Dussault, a former Olympian from Colorado and a Catholic mom, says there is another big issue regarding women’s sports that deserves more attention: transgender women (men who identify as women) being allowed to compete on women’s teams and in women’s competitions.

“To know you will always be at a disadvantage because someone else has some unacceptable physical edge over you, well this is what’s happening with women’s sport and transgender athletes,” Dussault said during a recent interview with Respect Life Radio. “And those (transgender) athletes have every right to play sports. They do not have rights, though, to trump all women’s sporting with their physical abilities that are beyond the scope of what’s reasonable.”

Dussault competed in cross country skiing at the 2006 Winter Olympics and was the 2010 ITU Winter Triathlon World Champion. She grew up in Gunnison, Colorado and is the mother to six children. In June, she was a guest on Respect Life Radio with host Deacon Geoff Bennett of Catholic Charities and the Archdiocese of Denver. Dussault told Bennett that sports played an important part of a difficult childhood for her and helped shape her into the woman she is today.

“I have a passion for what sports can do for the human condition,” said Dussault. “We see women who have been involved in the formation, just the whole formative experience of sport and competition, going on to do really incredible things.”

According to Transathlete.com, there are 17 states including Colorado that allow transgender high school athletes to compete without restrictions. Dussault says these policies are unfair to the female athletes and could lead to some girls dropping out of sports.

“It’s such a disservice to our girls who we have a hard-enough time keeping in sports,” said Dussault, who added participation in athletics has been shown to lower the risk of teenage pregnancy and drug use. “Sport is a remedy out of that. But if sport is going to be topped by this minuscule percentage of people who are going to insist on competing in a category that we can’t match as females, then there’s going to be a landslide of issues.”

In Connecticut, three female high school students recently sued the state’s athletic conference after two biologically male students switched from competing on boys’ track teams to girls’ teams and started dominating the events they competed in. According to news reports, one of the transgender athletes has already broken 10 state records.
The lawsuit alleges a policy allowing transgender athletes to compete against girls is a violation of Title IX – a civil rights law which prohibits discrimination based on sex for federally funded programs. The lawsuit alleges the policy discriminates against females because it denies them opportunities to advance in regional and state competitions because spots are taken up by the biological males.

“We need to ask female athletes: ‘Be unafraid to have a voice in this,’” said Dussault. “If we could even have the foresight to realize how bad and ugly this is going to get for women’s sport, we would have the backbone to say something. I will certainly say something.”
Dussault and Deacon Bennett agreed during the radio interview this is a not an easy topic to talk about, because compassion must be shown to people struggling with their gender-identity.

“I’ve thought about this. I’ve prayed about this. I thought: ‘How could we remedy this because?’…(because) people need to be experiencing creation and the Creator and part of that is so strongly felt through sport,” said Dussault.

Dussault mentioned that in cross country skiing, there would sometimes be national races that included international athletes, but only U.S. athletes were counted in the final results. Dussault said any compromise, however, can’t come at the expense of opportunities for girls. And she added Catholics must also speak up for what the Church teaches to be true about every person’s God-given dignity as a male or female, even if those teachings aren’t always popular in today’s society.

“I don’t care what kind of persecution, because you stand up for the truth. Wherever you find the truth being pressed down, you have to help the truth rise.”

To listen to the full interview: https://respectlifedenver.org/2019/06/20/rebecca-dussault-an-olympian-explains-the-transgender-threat-to-womens-sports/

Mark Haas
Mark Haas is the Director of Public Relations for the Archdiocese of Denver.
RELATED ARTICLES
Catholic News Agency

Why should Christmas transform us?