An invitation to a Roman Lent 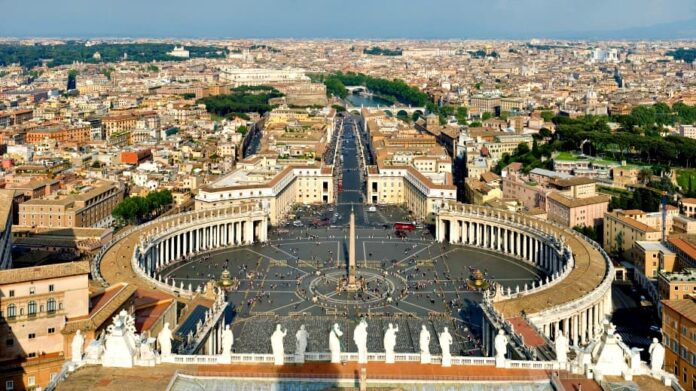 It’s hard to believe that it’s been five years since my son, Stephen, and I spent two months in Rome – all of Lent and Easter Week – preparing a book that would allow readers to make the city’s ancient Lenten station church pilgrimage at home. But so it goes; tempus indeed fugit.  Yet the memory of those two months lingers as the best Lent of my life.

There were many reasons for that.

Working on a serious project with Stephen and the great Roman art-and-architecture guide, Elizabeth Lev, was a constant pleasure, despite those 0515 wake-up calls for the walk across the city to the “station church” of the day.

Battling civil and ecclesiastical bureaucracy in order to get the job done was an unremitting pain in the neck, but winning out in the end, with the help of Italian political and clerical friends, was very satisfying. (I note for the record that the bureaucrats ecclesiastical were much worse than the bureaucrats political. And I salute Cardinal Camillo Ruini, former Vicar of Rome, for getting the Roman diocesan bureaucracy to understand that the book we were preparing could be an asset in the New Evangelization, so that cooperation, not the usual obstruction, was in order.)

Our timing was fortunate. Rome really is best seen at sunrise, when the motorini have yet to gun their engines and the locals haven’t begun Demolition Derby on the city’s winding streets. But when Lent is early, like this year, the first weeks’ walks to the stational church of the day are in darkness. Lent began late in 2011, so we often started our daily trek at dawn or just afterwards, when the city was backlit by a gold-and-pink glow that Stephen captured in some of his most memorable photographs.

Then there were the station churches themselves – many of them gems off the beaten tourist track – and the hospitality of the men of the North American College, where Stephen and I lived.

But above all, it was the best Lent of my life because my contribution to what became Roman Pilgrimage: The Station Churches (Basic Books) – a commentary on the liturgical texts of each day – required me to follow, strictly, an admonition in the 1662 Book of Common Prayer, and to “read, mark, and inwardly digest” the daily Mass scriptures and the texts in the breviary’s Office of Readings. And there’s no better way to appreciate the riches of literature, including biblical passages and sermons from the Fathers of the Church, than having to absorb carefully what you’ve read and then write about it.

The project also taught me that Lent divides rather readily into two parts. Ash Wednesday, the days immediately following, and the first two weeks of the season have a penitential character and invite us to a daily examination of conscience: Am I living as a witness to the Kingdom of God now among us? How well have I fulfilled the commission as a missionary disciple that I received at my baptism? What needs purification within me, if I am to deepen what Pope Benedict XVI always insisted was the essence of Christianity – friendship with Jesus Christ?

The third, four, and fifth weeks of Lent have a baptismal character: they’re a kind of annual catechumenate, in which all Christians are called to live more fully in the imitation of Christ. The three great Johannine gospel passages of this period – Jesus and the women at the well, Jesus and the man born blind, Jesus and the raising of Lazarus – all summon us to live today, now, in the new life of the Kingdom, through prayer, mission and service, and confidence in Christ’s power to conquer sin and death.

And thus we are prepared to enter the drama of Holy Week and fully experience the joy of Easter, which extends throughout its octave until Divine Mercy Sunday.

Roman Pilgrimage: The Station Churches invites you to “do Lent in Rome at home.” The e-book is especially good at conveying the texture of the station church pilgrimage; all the photos are in color and can be zoomed so that the art and architecture are seen in glorious detail. To one and all, as we say in Rome, Buona Quaresima!