His Church. Our Experience.
Subscribe
HomeLocalAlex, I’ll take perks of a Catholic education for $500
LocalSchool NewsStories

Alex, I’ll take perks of a Catholic education for $500 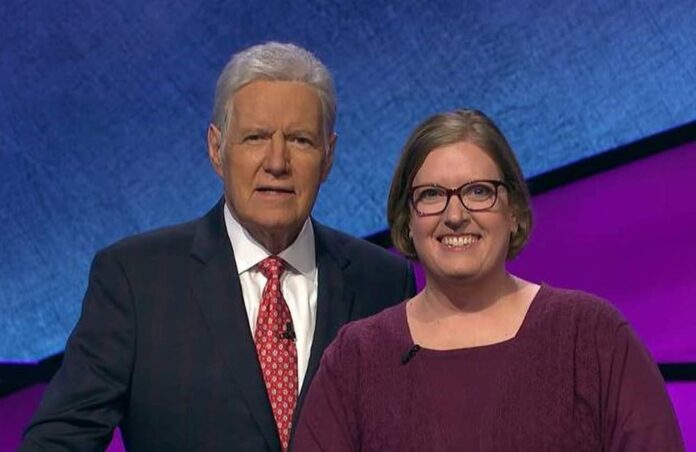 On Tuesday, Dec. 3, Sumulong appeared as a contestant on Jeopardy, the beloved quiz show hosted by Alex Trebek. Though she only played for two nights, she won her first night with total earnings of $12,399.

Sumulong has been watching Jeopardy since she was very young and was excited to get the chance to be a contestant.

“I love quiz shows and games. I’ve been watching Jeopardy since I was about eight years old,” she told the Denver Catholic. “I always competed with my dad until I went to college and then found some Jeopardy fans to watch with. Currently my husband and I watch the show every night; we DVR it so we never miss it!”
In preparation to compete on the show, Sumulong practiced two weeks before her taping on the phrasing of questions.

“I wanted to make sure I wasn’t blurting out the answers like I do at home,” she said.

Additionally, she read children’s books on subjects she doesn’t feel comfortable with, such as poetry, physics and Shakespeare.

“They have basic facts that you can tuck away for some answers,” she said.

When it came time to compete on the show, she wasn’t nervous at all.

“I was extremely excited and ready to play,” Sumulong said. “I’ve been wanting to be on the show for 20 years and had even tried out once before in 2008. I felt confident in what I knew and that I had a chance to win.”

Besides teaching at St. John the Evangelist, Sumulong also grew up going to Catholic schools.

“I’m the proud product of a (mostly) Catholic school education,” Sumulong said. “I have had some excellent teachers, including nuns and brothers, along the way and they deserve much credit.”

And sure enough, all of Sumulong’s practicing and preparation paid off that first night on the show.

“I was a little upset that I couldn’t come up with the correct final answer, but when I saw the scores and realized I had won, I was pumped!” Sumulong said. “I felt like my persistence and love of learning paid off.”

Now, Sumulong is known as a celebrity to the 2nd graders at St. John the Evangelist. But more importantly, she hopes that her experience on Jeopardy encourages others to chase their dreams.

“Even if it might seem silly to others, it’s you dream and it’s worth the hard work!” she said.