Air turbulence and the Resurrection 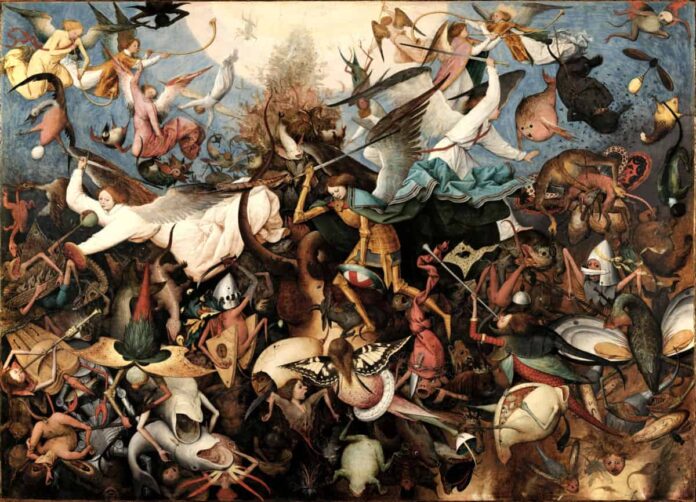 If there’s anything Catholics in the United States should have learned over the past two decades, it’s that order – in the world, the Republic, and the Church – is a fragile thing. And by “order,” I don’t mean the same old same old. Rather, I mean the dynamic development of world politics, our national life, and the Church within stable reference points that guide us into the future.

Many of those reference points seem to have come unstuck, and that’s why we’re experiencing an unusual amount of air turbulence these days. Or so I argue in The Fragility of Order: Catholic Reflections on Turbulent Times, which has just been published by Ignatius Press. The book collects thirteen essays on world history and politics, American history and politics, and the post-Vatican II Church that I’ve written in recent years. The set-up is a new essay on the ways things seem in 2018 contrasted to the way they looked a quarter-century ago, with the Cold War won and the Church beginning to experience the renewal John Paul II defined and promoted in his authoritative interpretation of Vatican II.

It was a heady moment and, in retrospect, perhaps too heady. I was always skeptical of my friend Francis Fukuyama’s notion that “the end of history” had dawned with the triumph of democracy and the market over communism; as I wrote at the time, in 1990, there’s far more to “history” than politics and economics, and the human propensity for making a mess of things would continue to give all us pause, and plenty to work on. But the rapidity with which the post-Cold War order has unraveled throughout the world, and the speed with which American political culture has decayed into unbridled bombast on all sides, have surprised me – and, I expect, many others. Exploring how that happened in a generation, in both world politics and our national public life, is one thread tying The Fragility of Order together.

As for the air turbulence in the Church, I must confess that that I’m somewhat less concerned about that than others seem to be. Why? For one reason, I don’t confuse the Catholic blogosphere and its neo-Darwinian, survival-of-the-shrillest antics with the realities of Catholic life, here and throughout the world Church. For another, it strikes me that the most vital parts of the Church – parishes, dioceses, seminaries, religious orders, lay renewal movements, evangelization groups – are getting on with the business of being a Church permanently in mission, tuning out as much of the static as they can and pursuing what they know to be effective ways of spreading the joy of the Gospel.

These vital parts of the Church are, uniformly, the parts that have embraced All-In Catholicism and rejected Catholic Lite. And that is, or should be, another source of confidence and hope amidst the current ecclesiastical turbulence. Those who don’t remember the two decades immediately after Vatican II and haven’t taken the trouble to learn that history are understandably upset at the fragility of order in the Church today. But they should also understand that this is not 1968, or 1978, or even 1988, and that a lot of ballast was put into the Barque of Peter during the pontificates of John Paul II and Benedict XVI. For all the challenges it faces, and despite the determination of some to revisit what they regard as the glorious Seventies, the Church in the U.S. is in far, far better condition to withstand the air turbulence of the moment that it was forty years ago. And that’s because truth, spoken winsomely and in charity, but without fudging, has proven a powerful instrument of evangelization and spiritual growth in a culture wallowing in various confusions.

At the bottom of the bottom line is the Resurrection. It’s entirely possible to hold fast to the truth that Jesus of Nazareth was raised by God to a new form of bodily life after his crucifixion and be deeply concerned about the state of the Church today. But it’s not possible to know the Risen Lord and to indulge in despair. Despair died on the cross and unshakeable hope was born at Easter. That’s why Easter faith is the surest anchor for all of us in turbulent times.