After decades of anticipation, northern Colorado will have its first Catholic high school 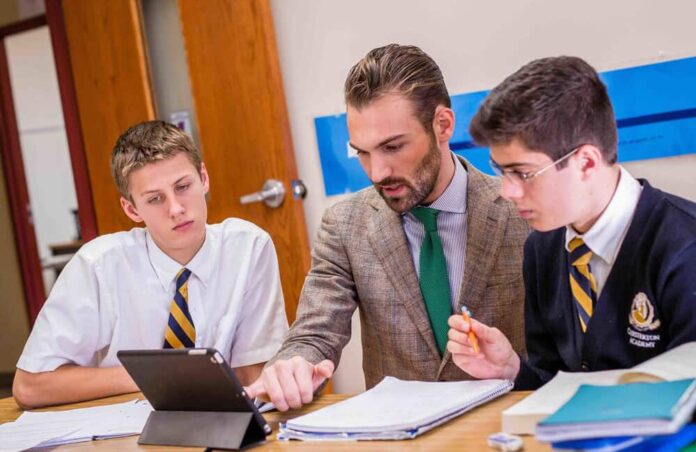 “No one hesitated to remind me that it was the fourth feasibility study for a Catholic high school in northern Colorado,” Dr. Margo Barnhart humorously told the Denver Catholic, stressing the longing parents revealed during the focus groups she conducted.

This desire that Catholic families in northern Colorado had displayed for nearly 40 years is now becoming a reality with the opening of the Chesterton Academy of St. John Paul II in Windsor in the Fall of 2020.

Its first campus will be located at Our Lady of the Valley Catholic Church in Windsor and it will begin with a 9th grade class, with the possibility of a 10th grade class. For many years, the closest Catholic high school has been Holy Family High School in Broomfield.

Dr. Barnhart, who serves as the Interim Executive Director for Chesterton Academy of St. John Paul II and conducted the feasibility study for the need of high schools in the Archdiocese of Denver, said that the longing of families came loud and clear in the surveys, which counted with the participation of over 2,000 families from northern Colorado, mainly Fort Collins, Greeley and Loveland.

“The main two things families wanted in the survey were a rigorous, classical curriculum and for the school to be authentically Catholic,” she said.

“Parents and principals from primary Catholic schools felt like there was no exit plan. [They] felt like their children had a wonderful, authentically Catholic education for the first eight or nine years at a small, intimate, safe, Catholic environment — and then it was a shock when they had to go to a public, charter or non-religiously affiliated high school.

No one hesitated to remind me that it was the fourth feasibility study for a Catholic high school in northern Colorado.”

“Consequently, a lot of parents started pulling their children out of the Catholic schools starting in 6th grade because they could enroll their children in charter programs at the middle school levels.

“Parents really felt that having an exit plan for their children after sending them to parochial schools was really important. And I can’t tell you how many parents told me that”, she said.

Deacon Robert Lanciotti, who serves as the Chairman of the Board of Directors of the new Chesterton Academy and ministers at St. Elizabeth Ann Seaton Parish, was happy to hear not only that a Catholic high school was opening in northern Colorado, but also that it would be adopting a classical curriculum.

Years before becoming a deacon, he served for nearly a decade on the board of directors at Liberty Common Charter School, which utilizes a classically oriented curriculum.

“I have this love with a returned classical education. When I became a deacon, my thought was, ‘This classical education is incredible, but wouldn’t it be better if Christ was at the center of it?’ I had a dream that we would have something like this happen,” he said.

e was pleased to find out that the Chesterton model had been chosen, even before he was invited to join the project.

“It really is the perfect blend of classical education with vibrant and faithful Catholicism,” he said. “The curriculum looked perfect, and the unanimous decision of parents for an authentically and vibrant Catholic school was a huge encouragement to me”.

The Chesterton Academy of St. John Paul II will offer an integrated classical curriculum with robust spiritual and personal formation, which seeks to prepare students for both college and life. The model contains a strong emphasis on the fine arts, and its academic program is designed to help students think logically and critically in both the arts and the sciences, deepen their faith, and express themselves clearly and creatively in writing and in the arts.

The school will cooperate closely with the Archdiocese of Denver while remaining an independent, non-profit organization, with the blessing of Archbishop Samuel J. Aquila.

“What I hope parents would capture about this Chesterton Academy is that it is not just going to be a school that has good academics. We’re going to be teaching in a very rational way, where the faith is actually the center of everything. Every subject that we teach, whether it be chemistry, physics, history or economics, will have at its center the faith, and how faith and reason go together, and how the faith is actually something that complements these different academic disciplines,” Deacon Lanciotti, himself a molecular biologist, assured.

St. John Paul II was chosen as the patron of the school precisely because he embodied not only the school’s joyful character, but also its commitment to the search for truth under the light of faith and reason.

As the inaugural fall semester approaches, and the archdiocese continues its search for a permanent property, Dr. Barnhart is grateful to begin at Our Lady of the Valley Parish.

“We have beautiful facilities at Our Lady of the Valley. I’ve been a high school principal and an educator all my life, and I love the facilities we’re going to have. Of course, it will be a temporary situation… but the first thing we want to do is to get it open,” she said. “Hopefully we’re going to get so many kids that we’ll push to get the school built and moved.”