His Church. Our Experience.
Subscribe
HomeMagazineAbundant life, for the glory of the Father
Magazine

Abundant life, for the glory of the Father 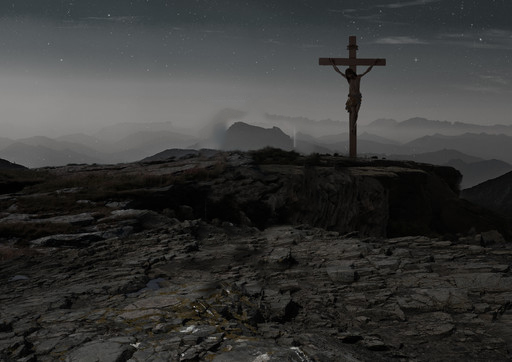 “Do this. Don’t do that.” My first tour through the Gospel of Matthew at age 15 was an unfortunate exercise in reducing the person of Jesus Christ to only these kinds of straightforward moral sayings. I was young, enthusiastic and longing to live for Christ and to be pleasing to him. In my immaturity I believed that the simplistic view I had of morality was the way to do it. When I go back now to that tattered, red cover, paperback New American Bible from my high school confirmation class, the pages of which are now thoroughly falling out of their binding, I giggle a little at the things I underlined. And I marvel at the things I left out.

Where was the attentiveness to the things Jesus did? To the man he was? To the way he prayed? Beyond what he said about moral actions, what did he say about the Father and the Spirit? About Truth? What silences in the Gospels tell us something important about the life and person of Jesus Christ? Who is Jesus and what did he come to do? Perhaps the most important part of my formation as a young adult Catholic was studying the Scriptures alongside experienced brothers and sisters who could guide me. Rooted in the traditions of our faith, I was finally getting to know in greater depth this man Jesus and his mission.

What was the mission of Jesus? John tells us in his Gospel, “For God so loved the world that he gave his only-begotten Son, that whoever believes in him should not perish but have eternal life” (Jn 3:16). Jesus himself told his disciples, “I came that they may have life and have it abundantly” (Jn 10:10). He came to Earth to give life, to reverse the spiritual death in which humanity had been languishing since the first sin in the Garden of Eden. He came to save all of us. He came to save each of us.

The inbreaking of the Divine Word into the human story is simply shocking. Why would the God who has no limits willingly take on human limitations? Why would he come as a poor, helpless baby? Why would he submit to the horrific death of crucifixion?

St. Paul tells us famously in his Letter to the Philippians that Jesus, “though he was in the form of God, did not count equality with God a thing to be grasped, but emptied himself, taking the form of a servant…” (Phil 2:6-7). Most translations of this text begin with “though” as this one does. But the Greek word could also be translated “because.” Read it this way: Because he was in the form of God, Jesus emptied himself. Something inherent to the divine nature inspired God to give his Son to us and inspired Jesus to give his very life for our salvation.

What we know about the divine nature is limited by our human thought, but we know this: God exists as a communion of Persons, a Trinity of self-giving love. The Son’s very existence is to receive love from the Father and to give himself back to the Father. In this context, we can see that the Son coming to Earth is entirely consistent with who he is. He has always given himself away in love. Handing over his human life on the cross is consistent. Giving himself to us in the Holy Eucharist as our food to nourish our bodies and souls — this too is consistent. Because of his very nature, Jesus gives himself away to show us the immense love of the Father.

It’s a little counterintuitive. When we mere human beings want to share the love of God, we don’t always default to self-sacrificing love. Often, we tend toward just the opposite. If we’re trying to share God’s saving love with the entire world, we think we have to go big talking about it: social media, massive conferences, flourishing parish programs. But is that what Jesus did? He wanted to save the whole world, and he chose a time to do it in which there was no mass media or even a printing press. He came to a small town, lived a poor and simple life for thirty years, and then gathered a band of working-class men around himself and went camping for three years! It’s not what I would have done.

The key to the mission of Jesus appears to be what he did with this small band of followers, with his disciples. By living among them, he gave them a chance to be his apprentices. They watched him heal the sick. They heard him teach to the crowds and explain to them later what he meant. A select few (Peter, James, and John) encountered his radiant glory on the Mount of the Transfiguration and witnessed him raising Jairus’s daughter from the dead. He sent them out to preach and heal in order to spread the good news of the Kingdom of God, and what a training opportunity this must have been!

The disciples witnessed his prayer. Check out this confusing little gem: “Now it happened that as he was praying alone the disciples were with him” (Lk 9:18). What!? This apparently contradictory description indicates the depths of Jesus’ interior intimacy with the Father in which he is always in some sense alone. And now he is sharing that intimacy with these privileged men.

All this investment in the disciples culminated in Jesus giving them his own power. Jesus’ crucifixion, death and resurrection unleashed the transformative grace for the disciples to become like their master. Their human growth in knowledge and skills was now infused with the jet fuel of Christ’s own life living in them. We see the disciples receiving this power at Pentecost as the divine Holy Spirit descends on them and sends them out to share the good news in the streets of Jerusalem. Peter’s preaching ignites the hearts of his listeners, and 3,000 people were baptized.

Three thousand people! Peter was a human being. Not immaculately conceived like Mary, not divine like Jesus. But the Spirit of Jesus living in Peter and his willingness to be conformed to Christ allowed him to bear astounding spiritual fruit in the lives of others. Why can this not be our story? We who are baptized and confirmed have the same Spirit of God living in us. The same grace is ours for the asking. We carry in our memories the same powerful story of Jesus with which to inspire people. The same Christ is living now in his Church and is still able to encounter people as compellingly as he did walking the streets of Galilee 2,000 ago; only now, he does it through us — the Church today — if we let him.