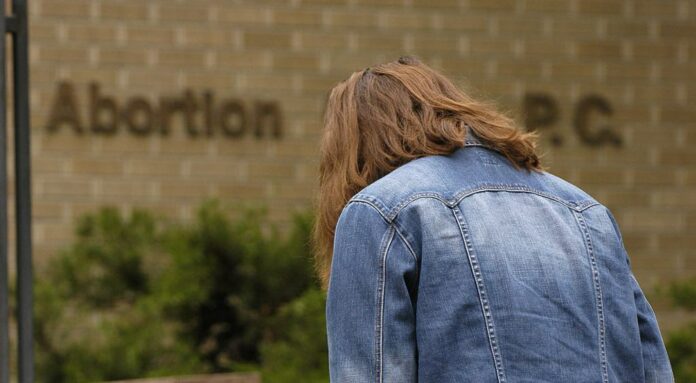 A primary source for this story chose to remain anonymous to maintain her privacy. The Denver Catholic Register changed her name to “Kim” to accommodate her request.

Kim, 32, was frantic when she left the Planned Parenthood clinic in Fort Collins Saturday afternoon. As soon as she took the first dose of the abortion pill, she knew she’d made a mistake. She pulled over in a nearby church parking lot.

“I started trying to throw up right away,” she said, struggling to speak as she recalled the traumatic day last September when she was grappling with how to proceed with her pregnancy. “I just kept forcing myself to throw up until I couldn’t taste the pill anymore.”

At the same time, she searched the Internet for “abortion reversal” on her smartphone. That search landed her at www.abortionpillreversal.com and their 24-7 hotline. Her call ultimately connected her with Dr. Edwin Anselmi, a physician with Our Lady of Hope Medical Clinic in Centennial.

Anselmi advised her to come directly to the clinic. About two hours had elapsed from the time she took the pill when she arrived at his office. There he examined her, did an ultrasound—including listening to the baby’s heartbeat—and immediately began a protocol to reverse the effects of the drug.

How it works
Kim had taken mifepristone, also known as the abortion pill. It has been available in the United States as an oral tablet since 2000 and is also referred to as RU-486 and the brand name Mifiprex. According to the Food and Drug Administration, it can be used to terminate a pregnancy up to 49 days after the first day of the last menstrual period.

Kim was about nine weeks along when she took it. The drug is administered under supervision in a medical facility, in her case at Planned Parenthood; and it induces abortion by counteracting the hormone progesterone needed to maintain a pregnancy. Without progesterone, placenta—a structure that develops in the uterus during pregnancy—fails, cutting off oxygen and nutrition to an embryo.

“When I went in they were still giving me the option of the pill or the machine,” she said. “They were really pushing the machine saying ‘We all agree we’d do the machine, it’s less emotional.’”

“The machine” is a suction device that empties the uterus, commonly called aspiration or vacuum aspiration. Planned Parenthood personnel recommended it as a way to “get it over-with,” “get it done fast,” she said.

However Kim chose the pill, rationalizing that it wasn’t really an abortion.

“It will just look like a miscarriage,” she told herself. “I knew in my heart it was wrong. … I was praying the whole time.”

Just in time
God answered her prayers by connecting her with Anselmi before she continued to the next step of the abortion pill process. Following mifepristone, a second drug, misoprostol, is taken 36 to 72 hours later. Misoprostol causes contractions to expel the fetus, a process that can range from a few hours to a few days.

To block the effects of mifepristone, Anselmi launched a protocol developed by Doctors George Delgado and Mary Davenport described in their case study “Progesterone Use to Reverse the Effects of Mifepristone” published in “The Annals of Pharmacotherapy” December 2012. It involves progesterone injections for three consecutive days, followed by an injection every other day for two weeks, then continued progesterone twice a week until the end of the first trimester.

“He was amazing,” Kim said of Anselmi. “He was so kind and loving and gentle. He’s really an exceptional person.”

Anslemi, a parishioner of Our Lady of Mount Carmel Latin Rite Church in Littleton, has been practicing pro-life family medicine for 20 years since graduating from Columbia University in New York in 1994. He is currently the only doctor in the Denver-metro area providing the progesterone protocol to reverse the abortion pill, though he would like to see more join the network started by Delgado that currently stands at 140 doctors across the country.

“If you’re pro-life,” he said. “Here’s something you can do directly. I don’t know what the outcome would’ve been (with Kim) if we didn’t give her progesterone.”

What the future holds
Kim, now 32 weeks pregnant, is excited to welcome her son in early May, along with his father. The couple plans to marry next summer. When facing the reality of an unexpected pregnancy last August, she was between jobs, had no health insurance, and was considering moving from Denver. Today she is employed full-time, secure in her relationship and “at peace.”

“I’ve had a lot of anxiety,” she said. “But at the same time I know God is the one with the ultimate say here. So far, he’s done nothing but carry me and carry the baby. … It took me a while to get here, but now I’m really excited, I’m really happy.”

Anselmi has been contacted by two other women: in one case he successfully reversed the abortion pill two days after the patient ingested mifepristone; and the other woman called with questions but in the end, did not receive treatment.

Since the website was established in January 2013, 330 women have called the hotline seeking abortion reversal counseling, 100 of them received the progesterone protocol, and 60 of those pregnancies continued.

“We have 18 living babies and 42 pregnant moms right now,” according to Debbie Bradel, coordinator of the program.

“If there’s any way to help a woman that wants to keep her pregnancy, I want to do it,” said Anselmi, who provides the progesterone at no charge. “Babies are so precious.”