His Church. Our Experience.
Subscribe
HomeAdventAbide in Relationship: The Eucharist as the Sacrament of Charity
AdventEucharistic RevivalFeaturedMagazine 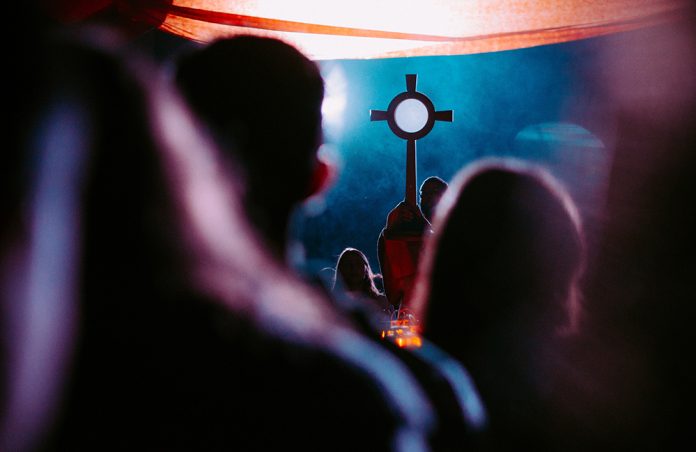 In the Gospel of John, Jesus uses some powerful analogies to explain our relationship with him. We are the branches. He is the vine. Within this context, he commands: “Abide in me as I abide in you. Just as the branch cannot bear fruit by itself unless it abides in the vine, neither can you unless you abide in me.” 1

Separated from Christ, we can do nothing. In communion with him, we can do all things, through his strength. 2  But what does it mean to abide in Christ?

To abide in the Lord is to remain and to grow in an intimate relationship of friendship with him: “I do not call you servants any longer, because the servant does not know what the master is doing, but I have called you friends, because I have made known to you everything that I have heard from my Father.” 3

This habitual and intimate relationship of mutual and reciprocal love between friends is based on a communion of goods. In it, the friend becomes “another I.”  If we are friends with Christ, there will be a profound transformation within us.

We will become, as it were, other “christs”; namely, Christians. We will see the world the way he sees it. We will share in his secrets. We will will what he wills. We will feel the way he feels.

There is nothing more important in life than abiding and growing in this relationship.4 Our faith has one word to describe it: charity. Unfortunately, this word has been hijacked by our culture, and it has come to mean not much more than sheer philanthropy, helping others for humanitarian reasons. But we need to retrieve its original and richer meaning: friendship with God.

For this reason, in the Archdiocese of Denver, we are going to concentrate on abiding in relationship, as if it were our rallying cry. In this new era, we need to go back to basics. And there is nothing more basic or foundational in the spiritual life than its very essence: charity. Indeed, charity is the perfection of the Church.

Simultaneously, Divine Providence has also given us the opportunity of going back to what is essential to be holy within the context of the Eucharistic Revival. In the Mass, the Lord gave us the greatest gift he could have given us. He gave himself to us in this wonderful Sacrament of his charity.

A Preaching Series: Advent as a Season for Charity

As we did last year, we are going to have an Advent Preaching Series in the Archdiocese of Denver. This preaching series will be about abiding in relationship and the Eucharist as the Sacrament of charity.

The season of Advent is very opportune to rediscover how we can abide in charity and how the Mass is instrumental to that end. Advent is a liturgical time, which concentrates our attention in the coming of Christ.

At first, it focuses on the second coming, when the Lord will come to judge the living and the dead. It is most pertinent to center our attention on charity during this part of Advent because, as Saint John of the Cross famously said, “in the evening of life, we will be judged on our charity.” 5

Advent also prepares us for Christmas. It concentrates on the coming of the Son of God in the flesh. 6 But this is also all about charity, “for God so loved the world that he gave his only Son” (Jn 3:16). The Incarnation of Christ is a great exchange. God became the Son of Man, so that men and women may become children of God.

The Mass, as the Sacrament of charity, is an extension of the Incarnation. As Thomas Aquinas would say, it is an instrument of God’s saving power, whereby the Divinity of the Lord, through the humanity of Christ, effects our sanctification. 7

Moreover, Advent also helps us to be ready and vigilant for the coming of Christ in our everyday lives, especially through the Sacrament of the Eucharist. We are to imitate the wise virgins, who expect the coming of the Lord, full of love for Him: “Look! Here is the bridegroom! Come out to meet him” (Mt 25:6). Indeed, the Eucharist is a privileged place, where we encounter Jesus’s charity as a mystery of presence, sacrifice and communion.

The Advent Preaching Series for 2022 aims to answer five questions. We will begin on the feast of Christ the King and end on the fourth Sunday of Advent.

The first question deals with what charity is all about. What is it? Charity is friendship with God. It is a theological virtue, whose main theme or object is God. We are to love our neighbor in charity, but always because of God, in God and for the Lord.

The second question inquires about the value of charity: why is it so important? The short answer is because perfect charity constitutes the very essence of holiness. To pray, to give alms, to fast, or any other good deed loses its eternal value without charity. The latter turns everything into gold, as it were.

This is the essence of St. Thérèse of Lisieux’s little way. As is known, Thérèse discovered that her deepest vocation in the Church consisted in “not allowing one little sacrifice to escape, not one look, one word, profiting by all the smallest things and doing them through love.”8

The third question concerns the main enemies of this great theological virtue. What are they? Pride, sloth and envy. To be sure, there are many more enemies. But these three capital vices are the most important ones. A good deal of our growth in charity is to overcome these vices with the help of God’s grace. To do so, however, we need to know what they are and how to combat them.

The fourth question deals with the three main internal acts or fruits of charity. They are joy, peace and mercy. Of course, the joy and the peace we are dealing with here are supernatural. They are not the joy and the peace of the world. Rather, they are heavenly realities, which can begin to be foretasted already here on earth, thanks to the gift of grace. Moreover, mercy in this sense is not sheer compassion. Rather, it is all about doing something: out of love, willing a good, and doing something good for another, to alleviate or eliminate his or her misery.

Finally, the fifth question asks: what is the Sacrament of charity? As we know, the answer will be the Eucharist. But we will have the opportunity to envision the greatest of the Sacraments as a mystery of presence, sacrifice and communion, in which we are also to become participants with the Lord.

Let us all pray to God, so that this time of prayer and reflection on how to abide in Christ’s love and to grow in it with the aid of the Sacraments may be fruitful. As Jesus explained: “I have said these things to you so that my joy may be in you and that your joy may be complete” (Jn 15:11). 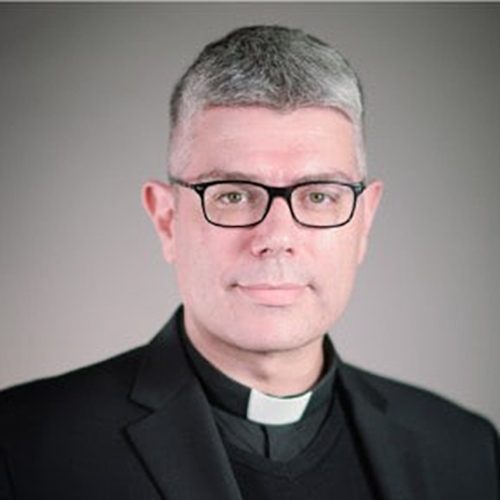