A time to reflect on death 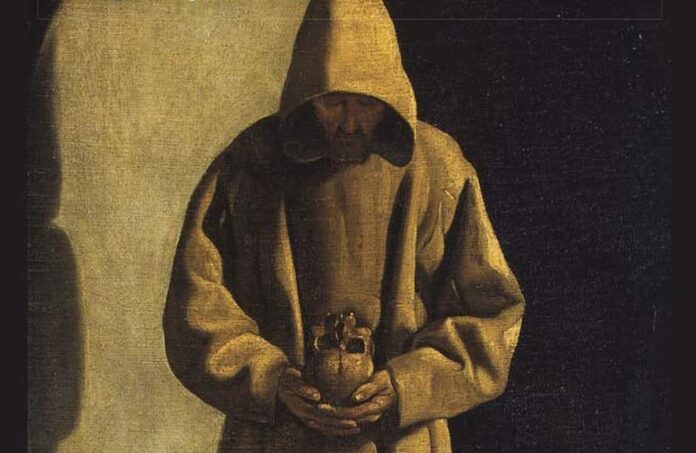 November is a month when the Church asks us to pray for the dead. After celebrating those in heaven on Nov. 1, we pray for all the faithful departed who await heaven while undergoing purgation on Nov. 2, All Souls Day. The Church encourages us to pray for the dead by granting special indulgences in November to assist the souls in purgatory. A plenary (or full) indulgence can be received November 1-8 and then a partial indulgence the rest of the month when we “devoutly visit a cemetery and at least mentally pray for the dead” or “devoutly recite lauds or vespers from the Office of the Dead or the prayer Requiem aeternam”: “Eternal rest grant unto him/her (them), O Lord, and let perpetual light shine upon him/her/them. May he/she/they rest in peace. Amen.”

November, therefore, provides an opportunity to reflect upon death. Even the readings at the end of the liturgical year and the beginning of Advent point us to the coming judgment and end of the world. We may not relish contemplating death but doing so constitutes an essential element of a life well lived, realizing that our life on earth will decide how we spend eternity. Socrates described philosophy as a preparation for death and the same has been made for monasticism.  “Remember to keep death before your eyes daily,” the great Patriarch of monks, St. Benedict, directed in his Rule (ch. 4). A French writer, Nicholas Diat, put this maxim to the test in his new book, A Time to Die: Monks on the Threshold of Eternal Life (Ignatius, 2019). Diat, known for his three interview books with Cardinal Robert Sarah, visited eight monasteries in France — Norbertines, Benedictines, Cistercians, and Carthusians — to talk to the monks about their experience of death.

He describes why he wrote the book: “The West has worked hard to bury death more deeply in the vaults of its history. Today, the liturgy of death no longer exists. Yet fear and anxiety have never been as strong. Men no longer know how to die. In this desolate world, I had the idea to take the path of the great monasteries in order to discover what the monks might have to teach us about death. Behind cloister walls, they pass their existence in prayer and reflection of the last things. I thought their testimonies could help people understand suffering, sickness, pain, and the final moments of life. They have known complicated deaths, quick deaths, simple deaths. They have confronted death more often, and more intimately, than most who live outside monastery walls” (13).

I found that Diat achieved his objective. Although the monks live very different lives, they still face similar human struggles, sometimes magnified by lack of distractions, including the dominance of technology in sickness and the last stages of life. The Benedictine Monastery of En-Calcat experienced many difficult deaths and the superior, Dom David, related how sedation can make it hard to die: “We no longer feel life. We no longer feel humanity. We no longer feel God approaching” (55). When death approaches more naturally (or should we say supernaturally), the monks can die the “most beautiful death.” Such was the death of Father Henri Rousselot, who died at 96: “His face in death was magnificent. He was supernaturally radiant. The monks had the impression that his features had been drawn by God. Everyone who entered this room was struck by his beauty. Each found the child that Father Henri had always been” (72).

Some monasteries experienced difficult deaths — young monks whose lives were cut short by cancer, or, in the case of the canon Brother Vincent, multiple sclerosis, sudden deaths, even in chapel, or cases of dementia or mental illness. It did seem, however, in my own assessment, that the more a monastery was withdrawn from the world and its cares the more peaceful the deaths of its monks. This was true especially of the Grand Chartreuse (see the film Into Great Silence), where the monks live like hermits in the silent seclusion of prayer. Here the monks, already anticipating heaven, seem to die miraculously by slipping away peacefully. “The beauty of Carthusian deaths, sweet and simple, seems to bear witness to the fact that the spiritual combat of the sons of Bruno is so powerful that, in the final hour, fears are abolished. In the last moments, the peace that dwells in them is so profound that the majority of them are not afraid to die alone. They have spent their lives in the silence of an austere cell that sees them leave this earth” (165).

The book does not treat simply the experience of monks, but a central question for us all: “No one knows how he will live his death. Will we be courageous, fearful, happy? Will we be cowards or heroes?” (114). It’s time to start preparing now!