A shortcut out of purgatory 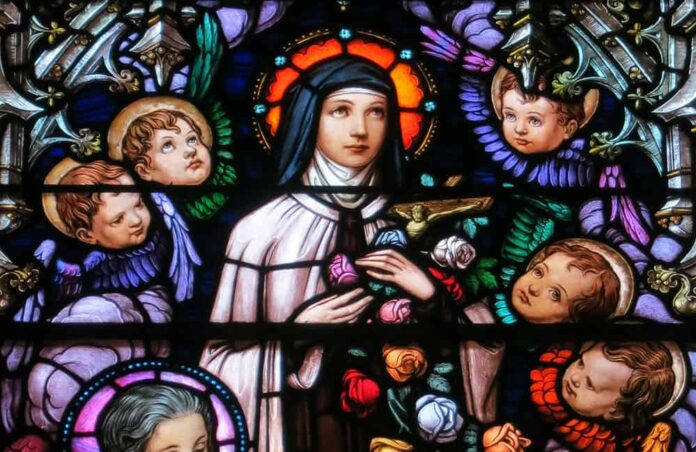 I know, I write about death a lot. I would write about it even more if I didn’t force myself to look elsewhere for topics periodically.

But there is a reason for this. Memento Mortis. Remember death. It’s where we’re all headed, and as Christians we believe that the way we live this life will determine the way we live the next. It’s easy to forget that, to get caught up in the shiny here and now.

I like to remind you occasionally that we’re destined for greater things.

It was in that spirit that I wrote a column a few years ago that included a letter I want read at my own funeral. It was essentially a plea for prayers for the repose of my soul, since I believe in purgatory, and should I wind up there, I want all the help I can get in making my stay brief.

Based on the feedback I received, that letter is going to be read at a lot of funerals. In fact, by the time mine rolls around, people will probably groan and say “That letter? Again?”

I still stand by that letter, and I still want it read at my funeral. But, the other day, I ran across a different way of looking at purgatory, a “shortcut” if you will. And, lest you think I have fallen prey to some weird spiritual novelty, worry not. This theory comes straight from none other than that great doctor of the Church, St. Therese of Lisieux.

The message came to me via Father Michael Gaitley, who spoke here in Denver recently. He is the author of 33 Days to Morning Glory, and now 33 Days to Divine Mercy. In that book, and in his talk, he discussed St. Therese and her Offering to Merciful Love. She, living in the era of Jansenism, saw many of her sister nuns making an “Offering to Divine Justice” — basically asking God to give them the punishment due to sinners, instead of giving it to the sinners themselves. It would appear the good Lord took them up on it, given that many of them went on to die horrible, painful deaths. Little Therese, understandably, had no attraction to such an arrangement. But it occurred to her that if they could offer themselves to his justice, so could she offer herself to his merciful love, to ask for all of the graces he longed to pour down on humanity, but had been rejected by those who didn’t love him.

There are several facets to this offering — more than I have room for today. (If you want to learn more, I highly recommend getting your hands on 33 Days to Divine Mercy.) But I was particularly struck by this passage. In a letter to her sister and religious superior, Mother Agnes, she wrote:

You permitted me, dear Mother, to offer myself in this way to God, and you know the rivers or rather the oceans of graces that flooded my soul. Ah! Since that happy day, it seems to me that Love penetrates and surrounds me, that at each moment this Merciful Love renews me, purifying my soul and leaving no trace of sin within it, and I need have no fear of purgatory. I know that of myself I would not merit even to enter that place of expiation since only holy souls can have entrance there, but I also know that the Fire of Love is more sanctifying than is the fire of purgatory.

What? No purgatory? Simply by making this offering? Sign me up!!

In another letter, she said:

As soon as you try to please Him in everything and have an unshakable trust, He purifies you every moment in His love and He lets no sin remain. And then you can be sure that you will not have to go to purgatory.

So that’s it. “Try to please Him in everything.” “Have unshakable trust.”

Of course, continuing to try to please him in everything is key. This is not a license to sin. It presumes we are striving to grow in holiness. St. Therese, as “little” as she was, did that to a heroic degree.

But there’s more. Father Gaitley points out that choosing the path of mercy means choosing it not only for God, but for ourselves. In Luke 6:38, Christ tell us “The measure you use, will be used against you.” So if we want to receive mercy, we need to be merciful.

“Not so bad,” I thought at first. “I’m pretty merciful.” Then I thought about it a little more. Am I really? I have pretty high standards for myself, and I often extend those standards to others I encounter. And it didn’t take me long to come up with a pretty significant list of people to whom I could extend more mercy:

The youngsters who moved to Colorado for the legal weed, without having the slightest clue how to drive on snow. Or, seemingly, how to drive at all.

The new real estate agent on the other side of the transaction who is covering inexperience with bluster.

The people who carry on loud conversations inside the church while others around them are trying to pray.

And that was just in the space of a couple of hours. This is not as easy as it may seem.

So this is how I want to start examining my conscience: To whom did I fail to show mercy today? Have I tried to please the Lord in everything? Have I trusted him?

I’m not saying I’m doing such a great job. I have to keep running back for more mercy. Which I suppose is the general idea anyway.

Of course, I am not the Little Flower. So when the time comes, I still want you all to pray for the repose of my soul.

And I still want that letter read at my funeral.