A pastor in full 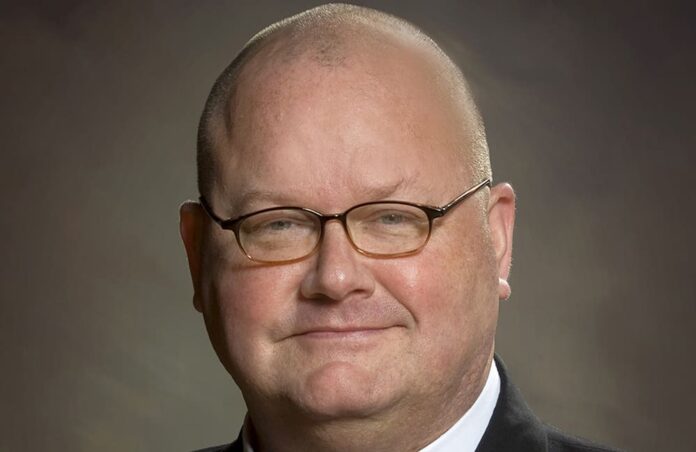 Almost a quarter-century ago, Father Jay Scott Newman, back in Rome to finish a graduate degree after his priestly ordination in Charleston, took me on an extended ramble around the Eternal City: my first hike up the Aventine; my first visit to the crown jewel of paleo-Christian architecture, Santa Sabina; my first exploration of Santa Maria in Cosmedin – and, later in the evening, some essential instruction as to what you don’t put on a pasta dish featuring seafood (hint: a certain hard cheese). I had a grand time but little idea then of the impact Father Newman would have on my life and work in the future. Now, as he celebrates the silver jubilee of his priestly ordination, it’s time to do some of what our evangelical Protestant friends would call “witnessing.”

It was Father Newman to whom I turned in 1997, when I had to construct a comprehensive outline for what would become the first volume of my John Paul II biography, Witness to Hope; and it was Father Newman who graciously hosted me in his rectory in Hanahan, South Carolina, as I figured out, schematically, how I was going to ride the biographical tiger, rather than it riding me.

It’s Father Newman I’ve called on hundreds of occasions to share a joke, commiserate over some ecclesiastical folly or another, or just blow off steam; he’s always there, and he’s always helpful.

It was at Father Newman’s current parish, St. Mary’s in Greenville, South Carolina, that I launched Evangelical Catholicism: Deep Reform in the 21st-Century Church – which was entirely appropriate because the first part of the book is really his, as it draws on conversations we had had in his rectory, and on his experience of living the New Evangelization in what was once the thoroughly Protestant Bible Belt. America is blessed with many great parishes (a facet of our ecclesial life one wishes were better appreciated in Rome). I know of none better than St. Mary’s in Greenville, where the entire parish is, as Pope Francis urges, “permanently in mission,” empowered by biblically-rich preaching, nurtured by a beautiful and prayerful liturgy that embodies Vatican II’s liturgical reform at its finest, and led by a pastor who makes evangelization a priority.

It’s been my privilege to know many fine priests over some seven decades. They have taught me, inspired me, chastised me, and, I trust, sanctified me. And I count many exceptionally gifted priests as good friends today. None of them will mind, I hope, if I say on this anniversary that Father Newman has lived the priesthood of the New Evangelization in a singular way. The invitation to his anniversary celebrations was headlined, “Where Did Twenty-Five Years Go?” I have some ideas of where they went, and I’d like to share them.

They went into honing a first-rate mind. The current concertmaster of the Baltimore Symphony Orchestra once told me that, when he and Scott Newman were growing up in North Carolina, Scott “was the smartest kid in the state.” Over the past twenty-five years, those intellectual gifts have been used deepen a priestly understanding of the Paschal Mystery, which a young Scott Newman first experienced at Princeton during his early undergraduate years – an experience that would eventually take him far beyond the atheism he once thought appropriate to the intellectually serious.

A well-tuned intellect has, in turn, been refined by a priestly heart. Long before “accompaniment” became a Catholic buzzword, Father Newman demonstrated how to walk with the souls in his pastoral care, be they cadets at The Citadel, rural folk, or the educated and accomplished parishioners he’s formed into missionary disciples in Greenville. The confessional has played a large role in his pastoral life and his priestly maturation, and those he has taken under spiritual direction have much for which to be grateful.

And those 25 years have been spent in pondering and then implementing a grand strategy for the Church in America in the 21st century. Inspired by John Paul II’s Redemptoris Missio, Father Newman dubbed this program “Evangelical Catholicism” and then brought it to vibrant life in his parish. Pastors interested in seeing how the New Evangelization is done right, in challenging cultural circumstances, should spend a week at St. Mary’s Greenville.