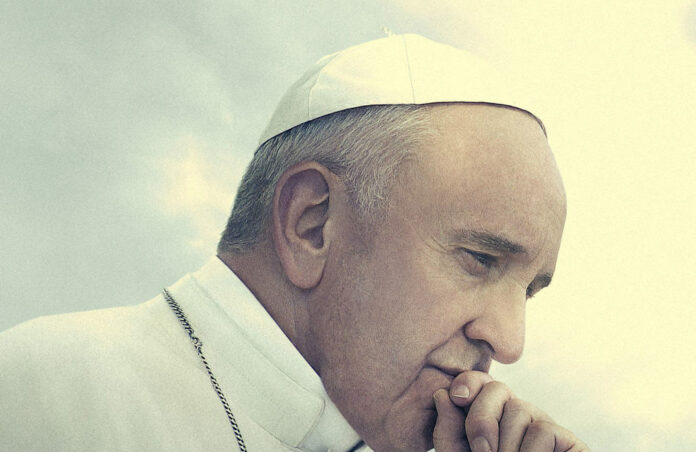 How can the name and works of St. Francis of Assisi, one of the greatest and most inspiring saints, be performed in the 21st century? How is the Church called to address the signs of the times, develop its message without losing the essence of the teachings of Jesus, who is the same yesterday, today and always?

We’re in the midst of Pope Francis’ sixth year of pontificate – the first Latin-American pope, the first Jesuit and the first to choose his name after Assisi’s 12th-century saint, whom Christ called to reform his Church.

The documentary titled Pope Francis: A Man of His Word, which opened May 18, makes the pontiff’s human side and closeness visible, featuring the most striking images of his pontificate – his trips, audiences, main lectures and gestures of closeness to the people – in an interview with filmmaker Wim Wenders.

During the interview, the pope responds to questions regarding the environment, workers’ rights, family, the importance of parents’ walk with their children, the sins that shame the Church (as sexual abuse to minors by clergy), the need to live in simplicity and evangelical poverty, and the importance of prayer, among other aspects of relevance that are not foreign to the concerns the Church.

This interview makes Pope Francis a man of closeness that worries about each of the faithful in the Church. His care for the millions of men and women around the world, including those who don’t profess the Catholic faith but let themselves be influenced by his message, is also made clear.

A Man of His Word gives the impression that the pope is talking to you face-to-face, with a tired but lucid demeanor, with a thoughtful smile, sharing with you the joy of living the Gospel and encouraging you with simple words to live according to your faith.

The images in the documentary, which highlight his trips, lectures, homilies and audiences, pair excellently the striking words of the pontiff with the reactions of joy, surprise and fervor in the faces of those who listen and receive him throughout the world. The documentary, thus, compiles diverse trips to countries such as Brazil, the United States, Italy, Israel, the Central African Republic, the Philippines, Portugal and Bolivia.

Perhaps due to a lack of time, this production falls short in a few topics. It would have been great if the pope emphasized documents such as his apostolic exhortation Evangelii Gaudium, which is today an invaluable guide for many projects of evangelization around the world. The viewer could be led to think that the encyclical Laudato Si – on the care of our common home – is the only valuable document he has written.

Even then, I highly recommend it to everyone: to Catholics who admire and follow the pontiff and to people from other denominations who want to learn from this great leader, from his simple and wise words, from this pope who came “from the ends of the world,” showing always a human countenance, delving into the teachings of the Gospel and trying to bring to life those words he said to more than a hundred journalists at the beginning of his pontificate: “How I would like a Church that is poor and for the poor!”