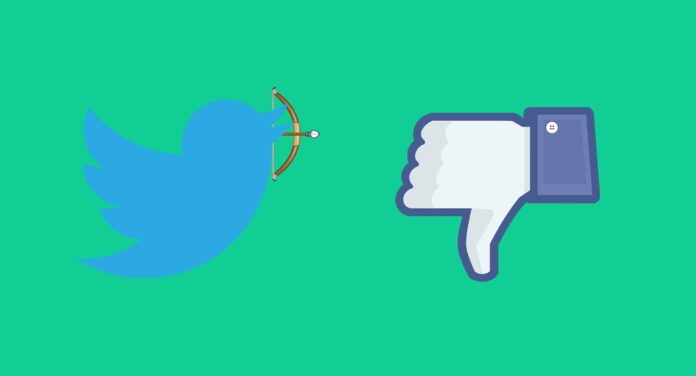 The scenes at the Cornucopia in The Hunger Games, both in the books and films, are some of most intensely violent parts of the story, hard to read or watch.

Written by Suzanne Collins and later produced into a four-part film series, the games set young contestants against each other to fight to the death. At the beginning of each of the games, they all race to the center of the arena toward the Cornucopia to compete for weapons and other valuable supplies — hacking each other down while the rest of the country watches from screens.

The Capitol, the utopian city where the wealthiest citizens live, watches these violent games as entertainment, making sport of human life and suffering.

This is just one scene of the dystopian story that’s in the milieu of some distant future in a fiction novel, but it’s revealing about the way our culture already is today.
Let’s look at the world of our media.

Earlier this year on Easter, Steve Stephens drove around downtown Cleveland, streaming himself on Facebook Live, on what he said was a mission to commit murder. It wasn’t long before he found Robert Godwin Sr., a 74-year-old man, and shot him to death. Millions witnessed the shooting over social media.

That’s just one example, albeit extreme, of the world we live in. Our entertainment has become one that feeds off of the pain and even death of others. Not unlike “The Hunger Games.”

None of us are immune — we breed and feed off of negativity on social media, and just about all of us are guilty of it.

Look at the way we’re sharing stories to our social media feeds (sometimes from totally unreliable sources) that have bogus headlines and get everyone riled up in comments.

We forget we’re speaking to human persons who deserve love and respect when we comment in a social media share, or even when we’re sending feedback to an organization.

Look at the way we’re harboring division in our hearts as a result of the political divide, believing “the other side” to be the one that’s the bad guy. And maybe we treat people kindly in person but forget that kindness online when dealing with people we can’t see — especially if we disagree with them.

These seemingly small encounters with people in comments or stumbling across news that belittles a fellow human feed us, and they fester. We slowly start to believe the speculations about the world we’re constantly fed, and we form opinions on things we actually know very little proven facts about — especially when it comes to the people around us.

Whether we want to admit it or not, this negativity influences us and can deform us. And in his message for the 36th World Communications Day in 2002, St. John Paul II agreed.

“The Internet offers extensive knowledge, but it does not teach values; and when values are disregarded, our very humanity is demeaned and man easily loses sight of his transcendent dignity,” he wrote. “Despite its enormous potential for good, some of the degrading and damaging ways in which the Internet can be used are already obvious to all, and [it should serve] the common good and not become a source of harm.”

But it doesn’t have to be this way. We have a choice.

Social media gives people a platform to speak, and most people talk about the way the world is going wrong in one way or another; but we need to stop thinking that the problem is “out there.” There will always be problems. The only real change happens when we take a hard look at ourselves and do something about what we find there.

Stephen Covey, author of “Seven Habits of Highly Effective People,” writes about the “Circle of Influence” — the things that we have the power to affect. This is smaller than the “Circle of Concern,” which encompasses everything we care about.

“The place to begin building any relationship is inside ourselves, inside our circle of influence, our own character,” Covey says. “In our personal lives, if we do not develop our own self-awareness and become responsible…we empower other people and circumstances outside our Circle of Influence to shape much of our lives by default.”

So in a noisy world where media and social networks are unlikely to change, this is an opportunity for a gut check: Will we consciously choose to think about what we’re feeding ourselves emotionally, spiritually and mentally with media? Will we try to think critically about what we read, and form our opinions and responses based in truth and charity? Will we lay down our arms and stop picking sides?

Here’s how to rise above the Hunger Games that is social media and be a force of positivity instead:

Ask: What am I trying to accomplish? Will sharing this article or posting that comment benefit anyone, or will it stir division? Is it to seek validation? If it’s for a purpose that’s centered toward our self, it’s probably better to refrain.

Ask: Are there people I struggle with? (Especially online.) What are the thoughts I have about this person? What does that say about my own heart? How can I pray for this person (or group of people) instead of harboring negativity, or even foster a relationship if possible?

Ask: What do I want? Often when we are speaking on social media, we are acting out of a deep desire for change, which is good. But we won’t change things on a media platform – that’s not where it happens. Change happens when we work on our own hearts and then work with people around us, face-to-face. Ask what your desire is and then work toward it person-to-person, or in yourself.

Ask: Would I say this in front of someone? Is what you’re about to say online something that you would say to someone’s face? If not, don’t say it.

Remember: Do some research. You’ve heard it before, but don’t believe everything you read online. If it’s from an outlet that’s not official, if it doesn’t cite claims or name sources, if it’s from a blog — take it with a grain of salt. Remember the bias of major outlets, too; they all do it, so do some critical thinking with everything you hear. Research even ideas that oppose yours – differing views shouldn’t offend you or be seen as a threat to your ideology. Instead, it’s an opportunity to enhance your ability to listen and dialogue.

Remember: Take a break. If media is causing you to live in fear, anger or bitterness, take a step away from it for a while – even if it’s just a day. Taking a break from social media especially on a Sunday is a great way to rest on the Sabbath. Social media is useful, but not at the cost of your inner peace.

Remember: When you come across tragedy, pray. Remember that first and foremost, what you’re hearing about involves people.

Media is a wonderful tool, so of course, it’s not all bad. But in a constant stream of noise, we have to be especially intentional about what we read, hear and see — because what goes into our hearts and minds does influence us, for better or worse. When we remember to set boundaries and consciously choose how to respond, we are no longer at its mercy.

St. John Paul II said, “From this galaxy of sight and sound will the face of Christ emerge and the voice of Christ be heard? For it is only when his face is seen and his voice heard that the world will know the glad tidings of our redemption. This is the purpose of evangelization. And this is what will make the Internet a genuinely human space, for if there is no room for Christ, there is no room for man. Therefore, on this World Communications Day, I dare to summon the whole Church bravely to cross this new threshold, to put out into the deep of the Net.”