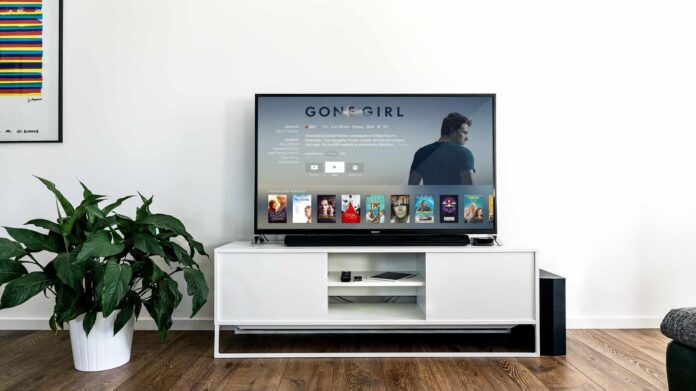 It can be hard to find movies to watch. A recent Netflix study showed that 18 minutes of our time on a given day is spent just searching for a movie — and that probably doesn’t include Catholics who also have a film’s potentially harmful content in the back of their minds as they weed through what’s worthy of a watch.

A good majority of movies that come out every year aren’t worth seeing, both because they’re poor quality, and also because many have bad content: Nudity, language, violence, you name it.

So what’s a Catholic to do? Are we to avoid any and all movies that have objectionable content? That doesn’t leave us with much — and it actually a does a disservice to much of the high-quality films that do come out every year.

Turns out, St. Paul does actually give us something to think about when it comes to what we consume.

If there is anything good, beautiful or true— those are worthy things. If a movies possesses these qualities, it’s worthy of a watch, because in a very small way, it takes part in who God is.

But that doesn’t mean it has to be explicitly about God.

Father Don Woznicki, director of New Ethos, an advocacy effort that aims to gather support for films that reflect truth, beauty and goodness, told Catholic News Agency that films with these qualities are about transformation and conversion.

“New Ethos is not about just supporting films and entertainment media because a Catholic made it,” Father Woznicki told CNA. “Would you get on an airplane just because you heard a Catholic made it? Quality is the rule. Christ is constantly calling us to conversion, hope and to be transformed into his image.

“New Ethos films are not about promoting sanitized Christian propaganda, rather to conversion, hope and transformation.”

So how can you discern which films or shows are worth watching? First, I always check IMDB for the “Parents Guide” section, which describes any sexual content, profanity or violence, so I have a better idea of what I’m getting into.

Then, I ask myself these questions:

– Is sin glorified, or does it tell the truth?

Displays of graphic content (violence, nudity, language) shouldn’t cause us to write off a whole movie when they portray the negative experiences of life. One good question to ask is whether the sin portrayed is being glorified — celebrated and shown as good or fun. If it’s shown as it truly is, which is ugly, then that’s true.

Schindler’s List is a great example of this. The film has a lot of violence and even nudity. But it’s a story about the Holocaust; any violence and nudity shown are realistic depictions in the realm of what probably happened in that setting, and those portrayals are always at the service of advancing the story. The result is a film, which is listed as number eight on the AFI’s 100 Greatest American Films of All Time, that dramatically showcases the complexity of both the darkness and the goodness of mankind. It’s a film that would change you if you watched it.

Evil is a part of the real world; but so is grace and redemption. Good should come from bad, or remind us of the truth that hope is always there. If there’s something evil depicted, there should be some element of hope, redemption or lesson learned.

War and Peace, which was recently made into a BBC mini-series, is an example. The story deals with lots of sin: Adultery, alcoholism, fornication and gambling, just to name a few. But every character who falls either experiences a transformation of heart, or we see the consequences of their bad decisions. Sin is depicted truthfully. And by the end of the story, the (surviving) characters have learned something from the various difficulties and falls they struggled with.

When it comes to violence, nudity or language, showing enough to get the truth across is okay. Example: The story of Les Misérables depicts a woman who is a prostitute and shows her fall, but it’s done tastefully rather than graphically, and is shown as it truly is, as a tragedy.

– Does it lead me away from God? Or does it challenge me?

If the content or message of this film goes against what’s good for me, then it’s probably better to avoid it. Example: A story that depicts a spouse having an affair, told in a way that makes you root for those lovers, glorifies that action. (The Bridges of Madison County is an example where this exact thing happens.) It’s probably best to avoid that movie. But don’t confuse something that’s not good for us with something that makes us uncomfortable because it challenges us to see reality as it is. Like Schindler’s List, something that’s very good might not feel good.

– Is it a conversation starter?

Sometimes it’s worth watching a film that I may disagree with because of the questions it asks. Last year, Silence was one of the most controversial films for Christians, but even if people disagreed, it stirred many thought-provoking and faith-examining questions. Films like these may enhance our own convictions as we put them under the microscope, or they may help us in discussion with other people about those topics.

At the end of the day, watching films are a very subjective experience, and the discernment is up to you. And discerning it requires a holistic look at the film, rather than a checklist of unacceptable items. Look at the whole story, the message it’s saying, and how it’s told. Sometimes there are good films where you’ll have to turn away or fast forward at a few parts, and there are times where you should probably avoid it all together.