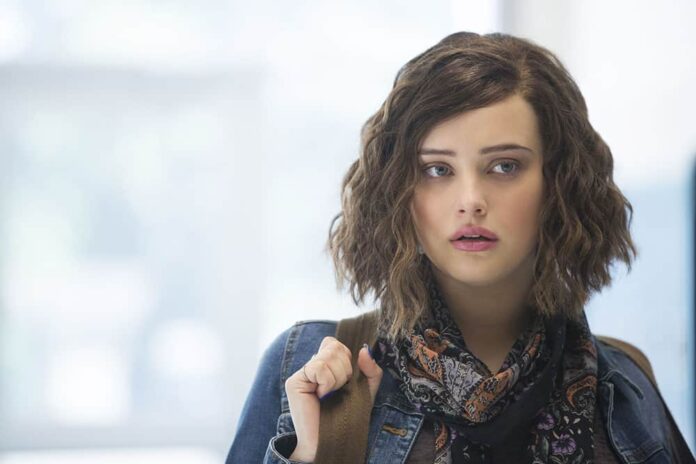 I watched 13 Reasons Why, so you don’t have to.

I wanted to write about the show, but I wanted to know what I was talking about it. So I binge watched it last weekend.

I strongly urge you not to do the same.

13 Reasons Why is a Netflix series about a teenaged girl, Hannah Baker, who commits suicide. Hannah leaves behind 13 audio cassettes detailing 13 reasons — really 13 people — who led her to kill herself.

I thought the first few episodes were very good. The device of having Hanna “narrate” via the tapes is very effective, and draws the viewer into the drama. At first, I also thought that this show could be an effective platform for sparking important discussions between parents and teens.

But then, three or four episodes in, I changed my mind. I didn’t have 13 reasons, but I had three very good ones:

Shows that talk about important, difficult topics can be a valuable springboard for discussion. But graphic sexual and violent depictions are entirely different. Those images have tremendous power. Our brains are wired to react strongly to them. When we put in our heads , they tend to stay in our heads. They “imprint.” Especially for children and teenagers who are still relatively innocent, this can be extremely disturbing.

Second, the series took me to a very dark place, very quickly. It’s hard to describe, except to say that it was very ugly. I wanted to take a shower — with holy water. It lasted the entire weekend, whether I was watching the show or not. If I felt that way as an adult woman, how would the same show impact young, impressionable kids?

And third, I have zero doubt that this show is going to lead to far more suicides than it prevents. In fact, school districts are already reporting an uptick in suicide threats among elementary and middle school students since the series debuted.

I don’t think the producers intended this. I saw the “Behind the Reasons” documentary afterward, where they all gave earnest interviews about how important this work is, and how they are saving lives by telling this story.

And I thought, “Could you all possibly be this stupid?”

In life, Hannah was overlooked. Boys (well, most boys) saw her as an object. Girls saw her as an annoyance, or a competitor. But in death, she becomes the star of the school. Her locker becomes a shrine. Her life and death become the school’s sole topic of conversation. She is suddenly “popular.”

What more, thanks to the tapes, she is finally in control. She calls the shots from beyond the grave. She turns the tables on everyone who hurt her, and completely upends their lives.

Hannah gets her revenge.

Of course, the show depicts her parents’ anguish, and all kinds of other fall-out that a clear-thinking, well-adjusted person could see as potential downside to ending one’s own life.

But suicidal teenagers are neither clear-thinking nor well-adjusted.

Once, years ago, I was present at a spontaneous “rally” for a high school student who had killed himself. His classmates took turns standing up to talk about him — how wonderful he was, how much everybody loved him, how sad they were that he was gone. The kids had created t-shirts with his name emblazoned on the front, and one boy even had the same design tattooed on his chest. I could practically see the wheels turning in the heads of some of the more marginalized students. “Wow, I’d love it if all of these people gathered around the flagpole to say all of those nice things about me.”

Suicide is contagious. Research consistently shows that one person’s suicide can reinforce a vulnerable person’s motivation to join them. And when those at-risk kids see that person’s status elevated from high school loser to posthumous celebrity, it intensifies that effect. Couple that with a dramatic depiction of successful post-mortem revenge, and all the discussion in the world won’t override suicide’s seductive appeal.

There is a reason why mental health professionals everywhere are issuing warnings about the series. The JED Foundation, a suicide prevention organization, declined to endorse it, saying they couldn’t support a show that amounted to “one long revenge story.” Michael Jackson’s 19 year old daughter Paris, who herself has attempted suicide, called the show “extremely triggering.” The National Association of School Psychologists has advised teens who have had suicidal thoughts to avoid the series entirely.

I’m hearing about a lot of parents who are watching 13 Reasons Why with their kids. Please know that I believe that watching shows about hard issues can be a great springboard for discussion.

But I don’t believe this show is the right vehicle for that. In fact, I believe it’s dangerous.

Yes, kids are already facing issues like these. Yes, I believe that you need to discuss them. A lot. But I also believe it matters what images you allow into your kids’ heads. Violent, sexual images and graphic depictions of death should not be among them. Nor should long, dramatic stories about suicide as an effective vehicle for revenge.

Your kids need guidance. They need discussion. But they don’t need this.